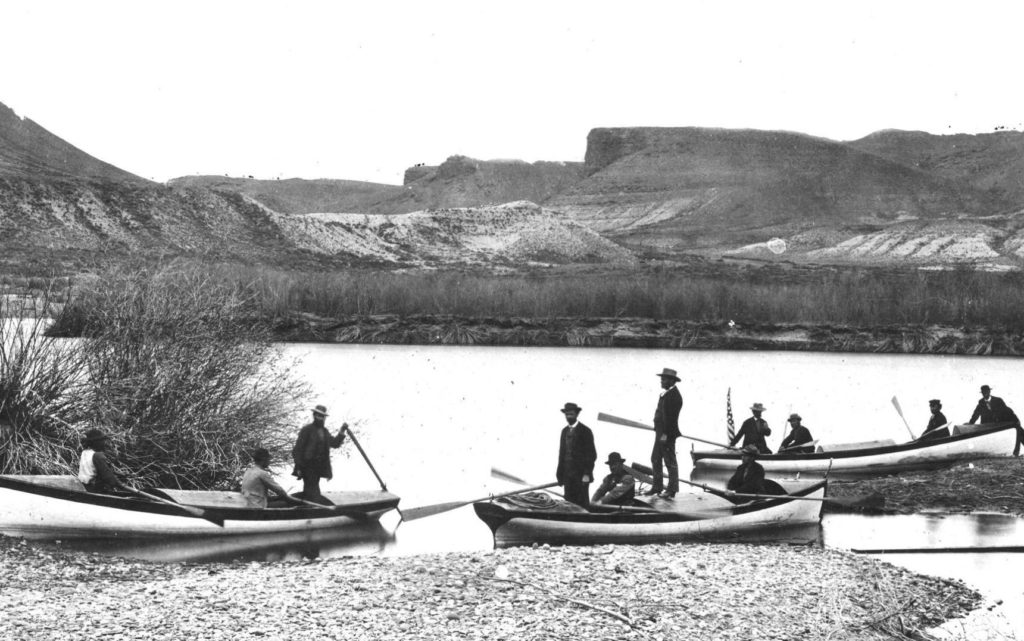 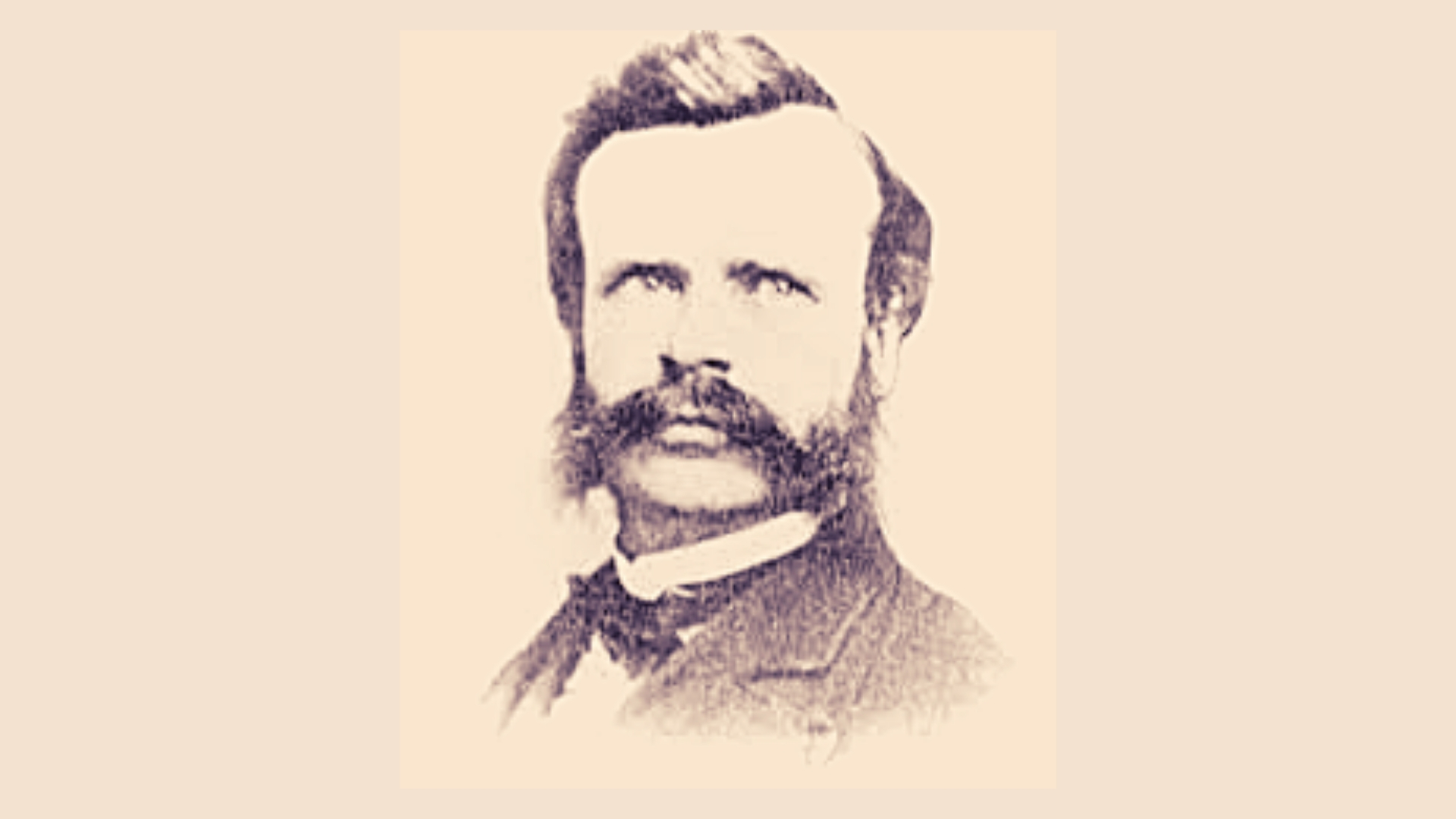 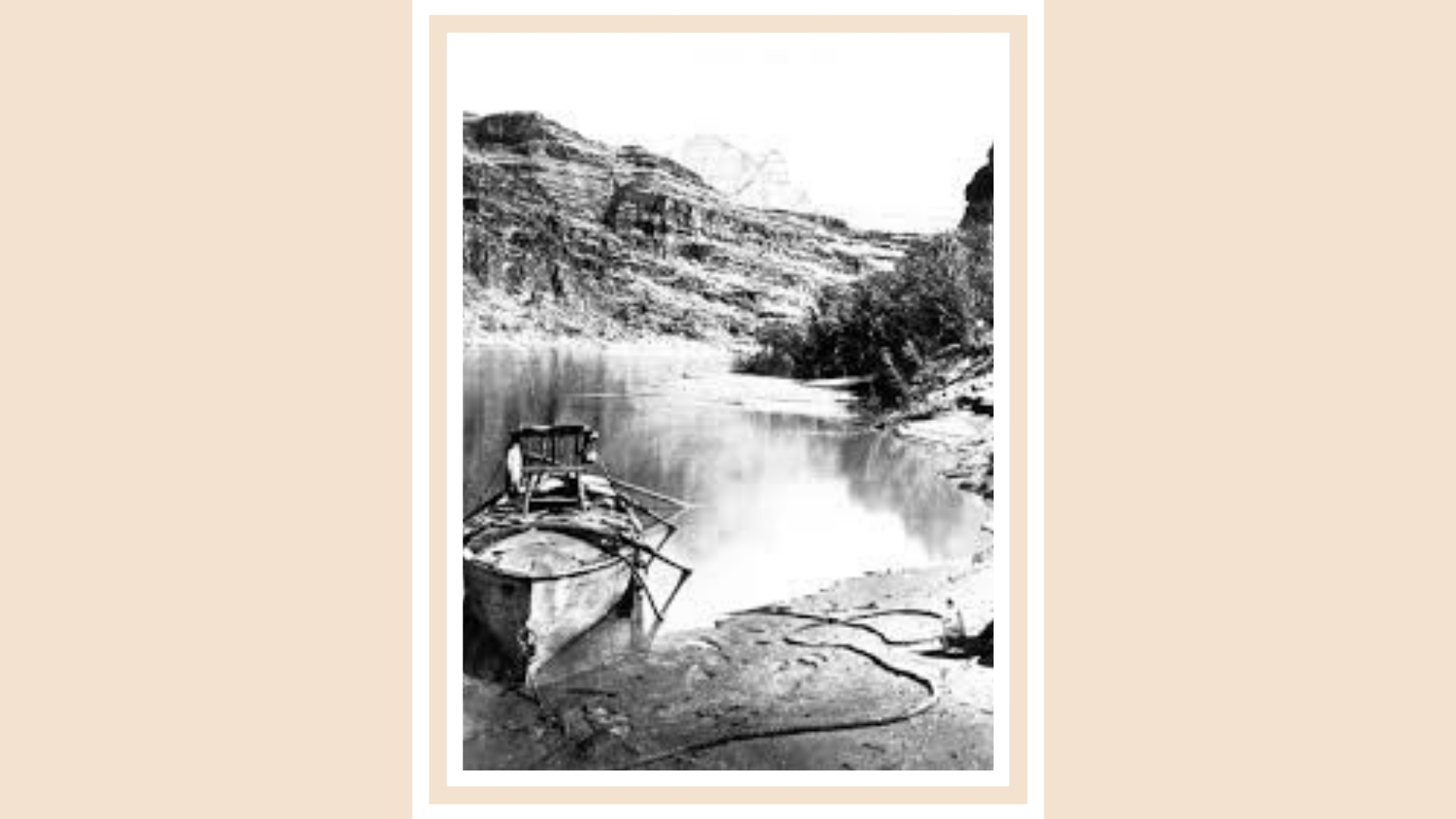 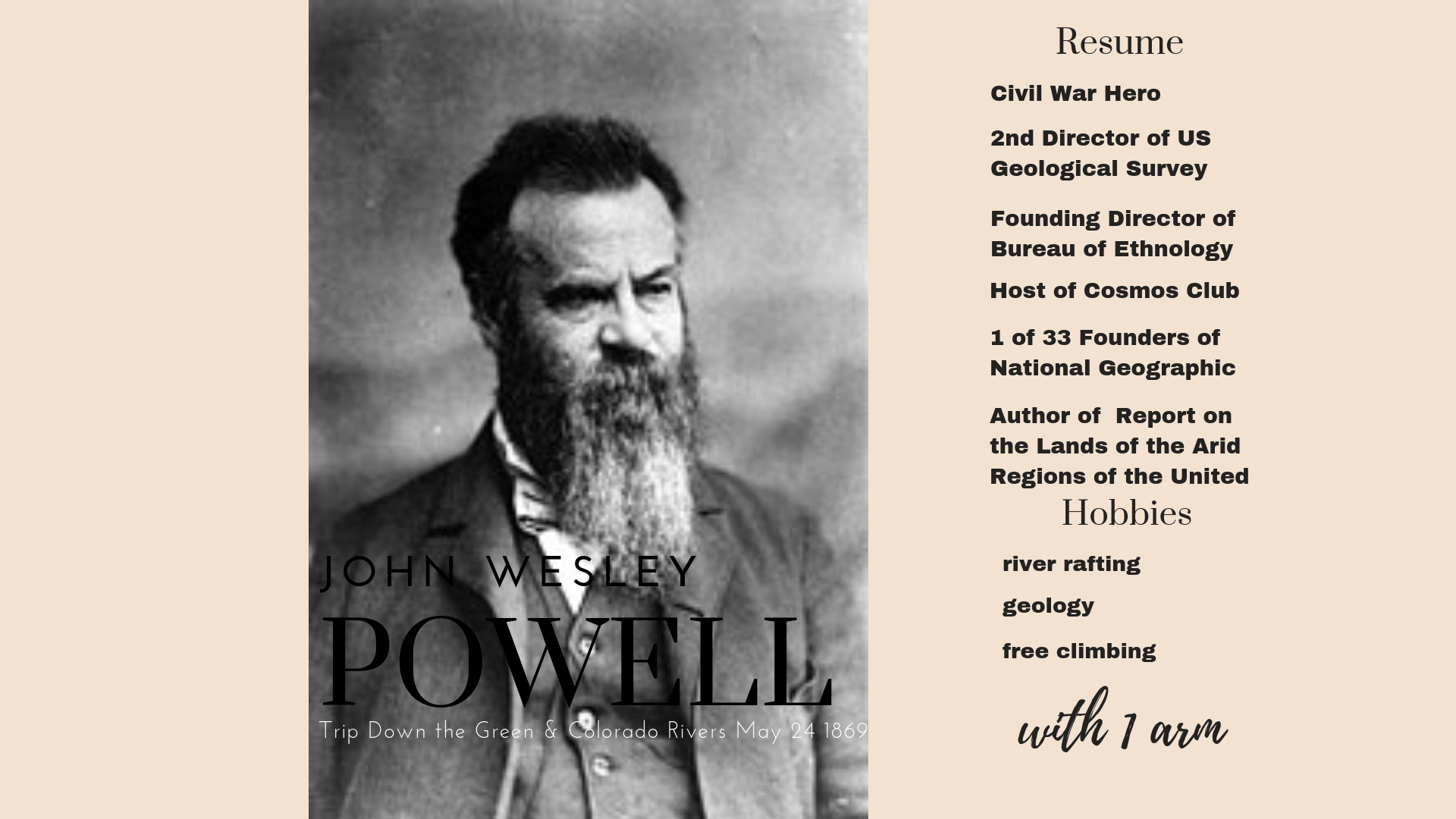 A hundred and fifty years ago John Wesley Powell floated down the Green and Colorado rivers through the Grand Canyon. This massive river voyage took him and his men through what is now southern Wyoming, Utah, and Arizona.

Their journey started on May 24, 1869 in Green River, Wyoming. Just four short years after the Civil War ended.  The United States was eager to become united once more. Congressmen sold the American West as an Eden. “Rain follows the plow” was a popular theory spouted regularly at this time.

Powell and his team, ten men total, were the first known to descent down the Colorado rivers through the Grand Canyon. This voyage spurred other trips down the same route. Powell formed an understanding of water in the west that was unmatched for his time.

Consequently, his scientific research outlined proper use of water in the arid west. John Wesley Powell’s Report of the Lands of the Arid Region of the United States gave Powell, Wyoming a road map to manage our water and agricultural lands well.

The Shoshone Project, a United States Bureau of Reclamation enterprise, completed in 1910, is an engineering marvel. The Project consists of the Buffalo Bill Dam and reservoir, two diversion dams, 140 miles of tunnels and canals, and 564 miles of laterals. This web of canals and laterals moves mountain fresh water from the rivers in Yellowstone National Park to the farmer’s headgates to irrigate the land and provide food for our nation. The food that we produce in the Big Horn Basin is unique due to this flood irrigation technique.

Powell, Wyoming is known for growing sugar beats, beans, and barley. In fact, if you like craft brews you may be enjoying barley from the Big Horn Basin. Find out more about our unique agriculture. Take a Powell Interpretive Agriculture Tour.

Do you farm or ranch in the USA? In Powell we grow

A quiet place to visit #PowellWY just outside of t